This site aims to give you an overview of AURA HR Services, and offer easy access to information you need throughout your employment at AURA. This Website is for AURA NSF employees of National Solar Observatory (NSO) and NSF’s National Optical-Infrared Astronomy Research Laboratory (NSF’s OIR Lab).

AURA Human Resources is pleased to announce our annual open enrollment period runs from November 9, 2020 – November 20, 2020. Your changes will be effective for the January 1 – December 31, 2021 plan year.

Open Enrollment is a great opportunity to ask and learn about the many benefit plans offered by AURA. It is also your once-a-year opportunity to enroll, re-enroll or change plans.

If you have questions, please email benefits@aura-astronomy.org or contact your HR Representative.

To help employees stay informed about their benefits and the resources available to them we have created these webpages that are updated frequently with useful information.

News Around the Corner

The Daniel K. Inouye Solar Telescope has produced the highest resolution image of the Sun’s surface ever taken.

First national US observatory to be named after a woman!

It was announced on Jan 6, 2020, that the upcoming Large Synoptic Survey Telescope (LSST), which will conduct a vast astronomical survey for unprecedented discovery of the deep and dynamic Universe, will now be named the NSF (National Science Foundation) Vera C. Rubin Observatory (Rubin Observatory or VRO)

Discovering Our Universe Together 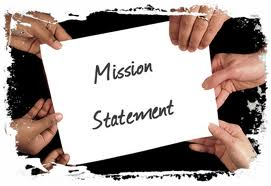 The AURA HR Mission is to provide the highest level of customer service and support to NSF Funded AURA Operating Centers.  We will accomplish this by:

Working in a collaborative, supportive manner; Facilitating change in dynamic environments; Focusing on accuracy,
quality of service and efficient operations; Seeking strategic partnerships with internal and external customers; Demonstrating an exceptional level of responsiveness; Striving for a multicultural, innovative and diverse team that operates with respect and integrity towards ourselves and others.